When a baby boy is orphaned in the California Sierras on Christmas Eve, 1850, two curmudgeonly miners agree to raise him. A decade later, the boy’s idyllic life is interrupted by the arrival of a meddling aunt, who intends to take him back to Boston for a formal education and a life of success. Inspired by the stories of Bret Harte, The Christmas Foundling is a heartwarming holiday tale, with the love of a child at its center and an unlikely romance as its driving force. 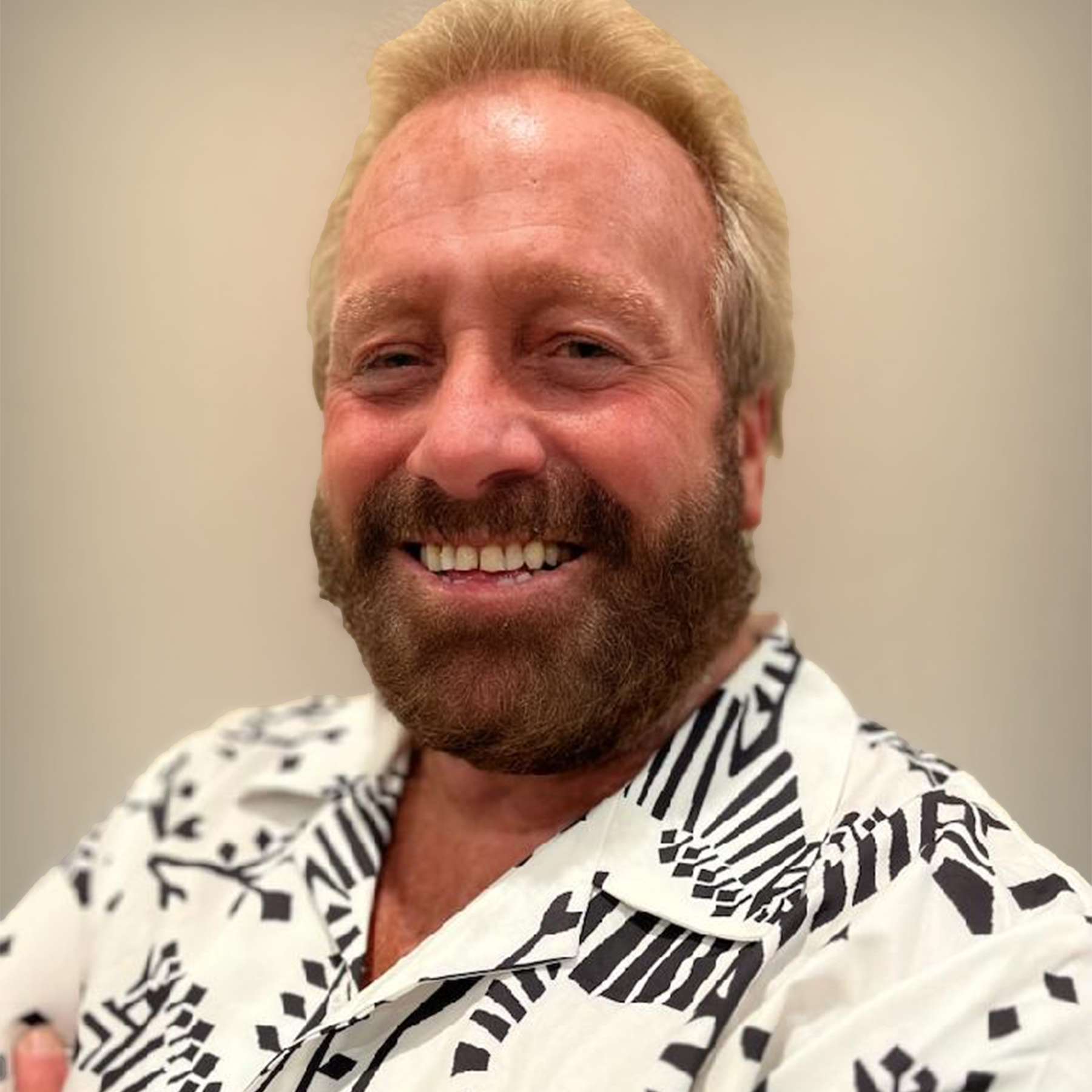 Gary has been with SRT since 1997, performing in a variety of productions including, Noises Off as Lloyd, The Best Little Whorehouse in Texas as Ed Earl, Macbeth as Duncan. Among his many favorites are originating the role of Hoke in The Christmas Foundling, Bill Sykes in Oliver!, Sitting Bull in Annie Get Your Gun, and The Governor in Man of La Mancha, as well as performing in One Flew Over The Cuckoo’s Nest as McMurphy, Torvald in A Doll House, Megs in Strange Snow, Paul in Carnival. Other favorites include West Side Story, South Pacific, Bus Stop, The Tempest, Twelfth Night, and As You Like It. Gary thanks the entire tech team for their dedication in putting this show together and Scott for welcoming “an old fool “back home. 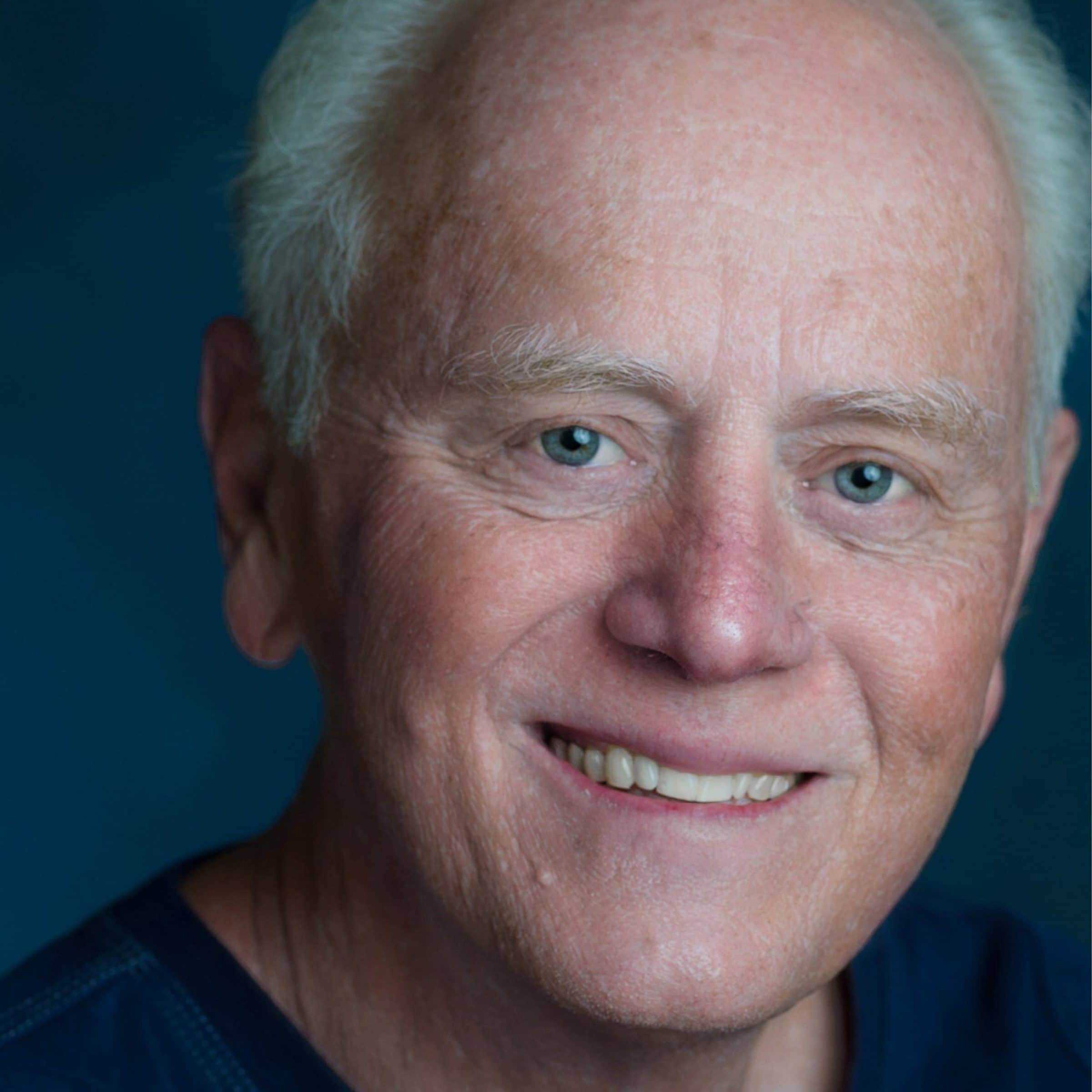 Ty Smith has appeared in 89 roles at Sierra Rep including Rumson in Paint Your Wagon, Scrooge in A Christmas Carol and Lear in King Lear. A graduate of the Alabama Shakespeare Festival’s Professional Actor Training Program, Ty is a veteran of Off-Broadway, regional theaters and Shakespeare festivals across the country. He spent several summers with the Idaho Shakespeare Festival where his roles included Sir Toby Belch in Twelfth Night, Antonio in The Merchant of Venice, and Capulet in Romeo and Juliet. 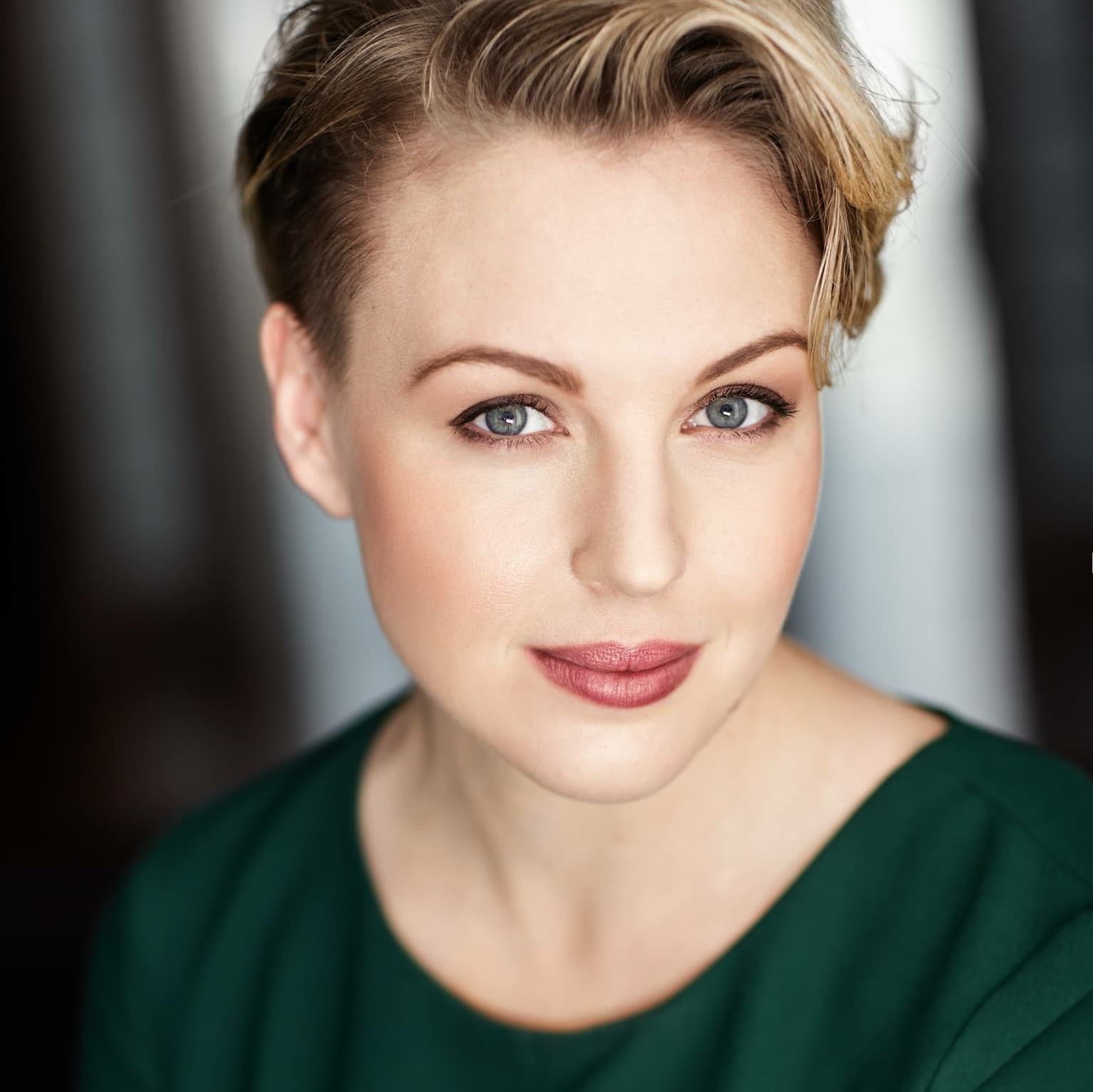 Courtney Glass is originally from nearby Sacramento, Courtney now calls Sonora home. In between those locations were years spent in New York City, traveling the American regional circuit, sailing the high seas, and touring through Australia.  Favourite credits include the original Broadway company of THE WOMAN IN WHITE, the Australian tours of SWEENEY TODD and SUNDAY IN THE PARK WITH GEORGE, and many shows right here at Sierra Rep, MURDER ON THE ORIENT EXPRESS, SHREK, and CAMELOT, to name a few.  Off-stage, Courtney works for a tech start-up, picks up house-flipping skills on YouTube and galivants around with her rescue dog, Tippi. 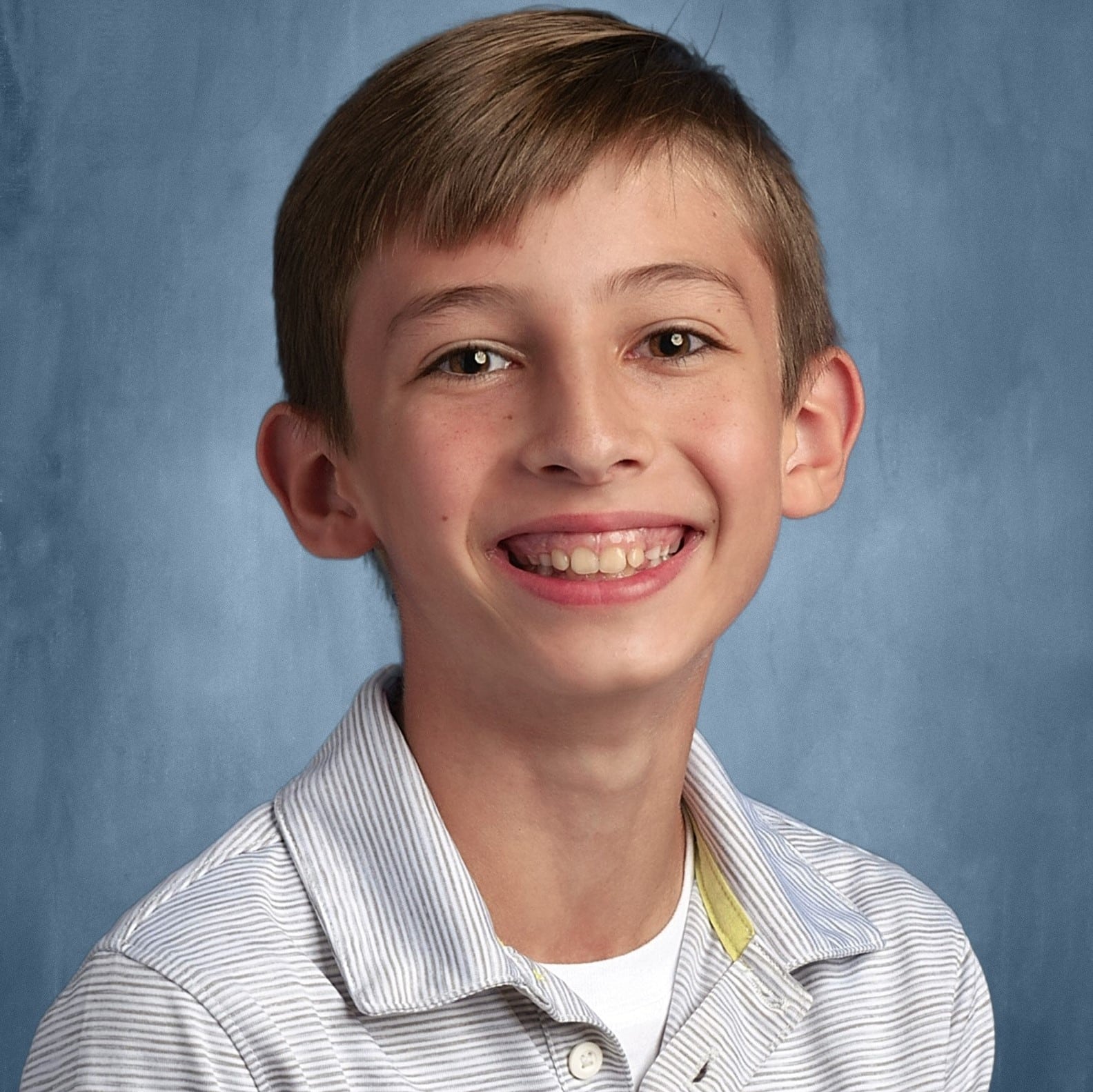 Asher Berg (Flounder) is 11 years old and attends Sonora Elementary School.  He is so excited to make his debut at SRT with this production.  Most recently Asher was the television-obsessed Mike Teavee in SRT Jr.’s Willy Wonka KIDS. When he is not on the stage, Asher enjoys long-distance running, super competitive Four Square games, and playing with friends. 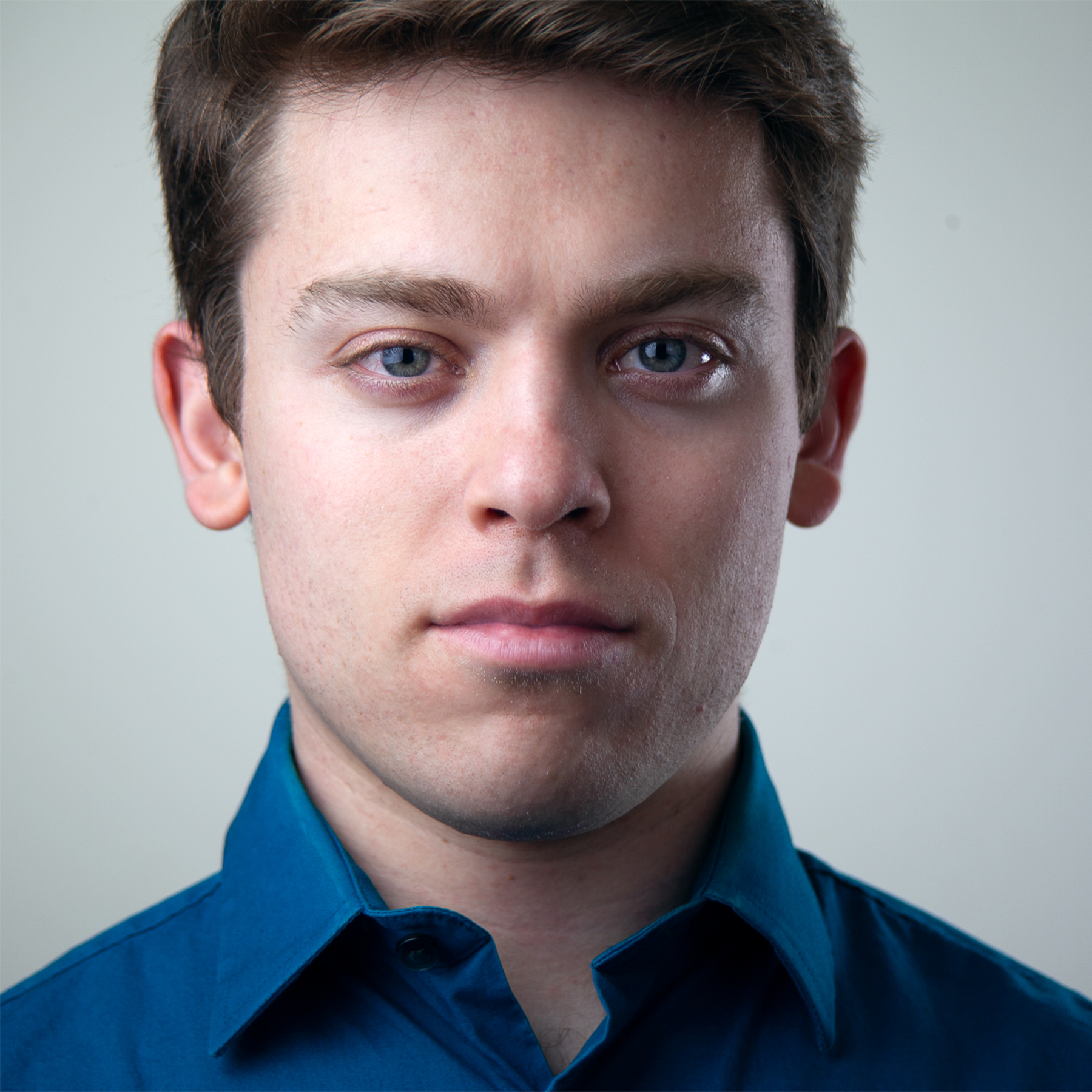 Matt is ecstatic to be back at SRT! Originally from the Bay Area and currently living in LA after attending UCLA, Matt is a California boy, born and bred. Special thanks to Mom and my Sonora family for all the love and support! 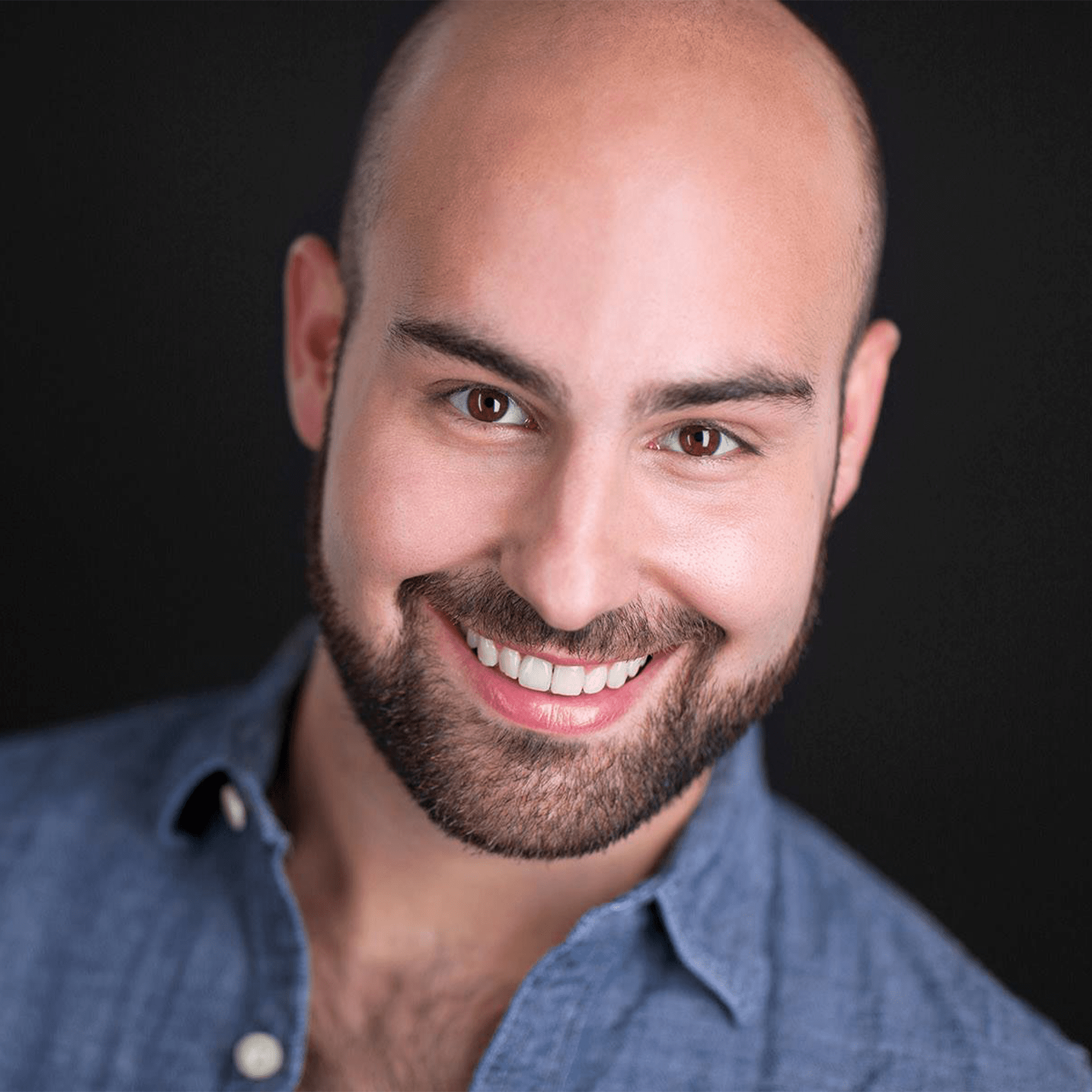 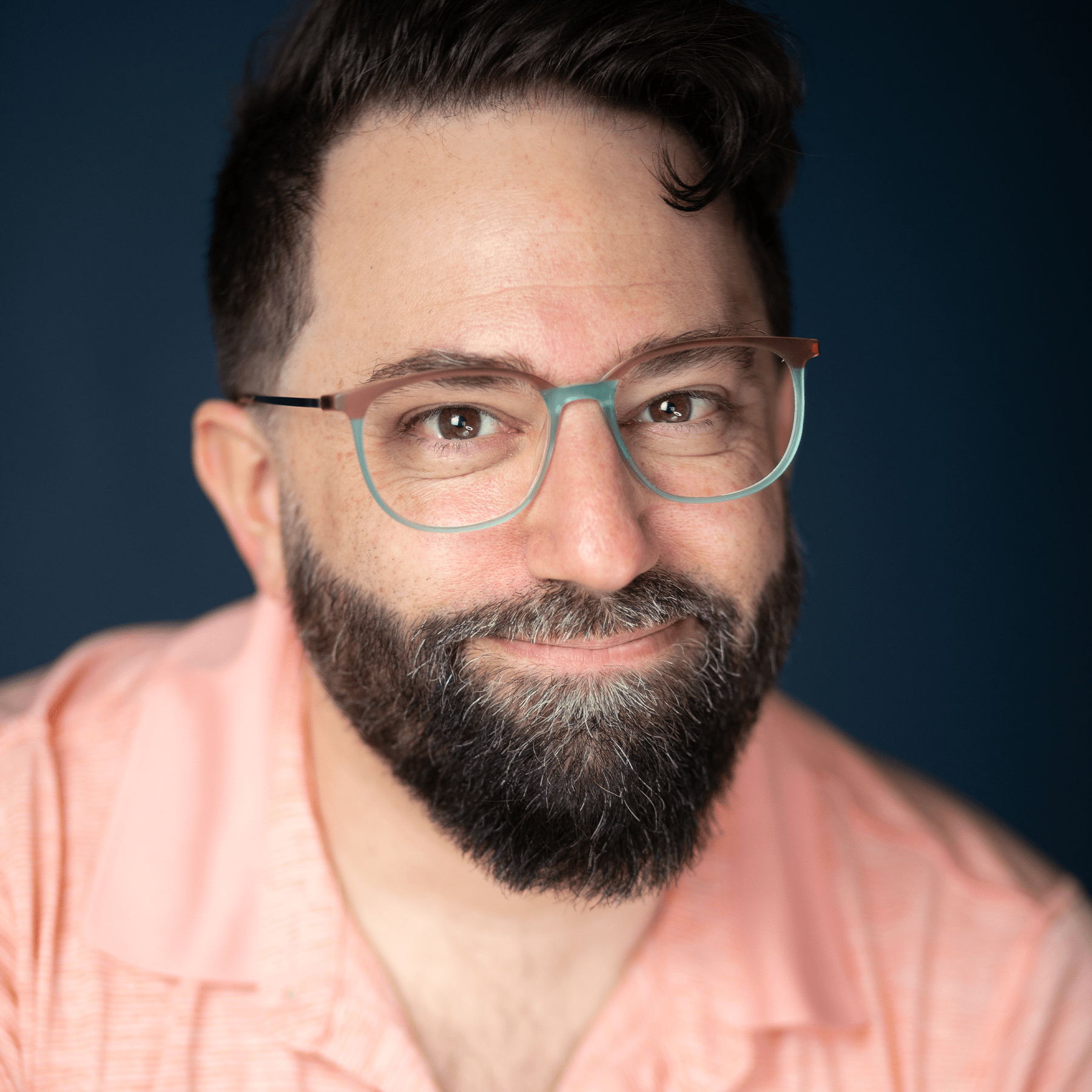 Drew lives in NYC and is thrilled to be back at SRT after appearing in Beauty and the Beast, Oklahoma and The Sound of Music. He’s traveled with the national tour of Rudolph The Red-Nosed Reindeer and Off-Broadway appeared in Game Of Thrones: The Musical. He’s the founder of College Audition Pros, helping students & their families simplify the college application process for theatre. 2 Kings 2:23-24. For Mrs H. 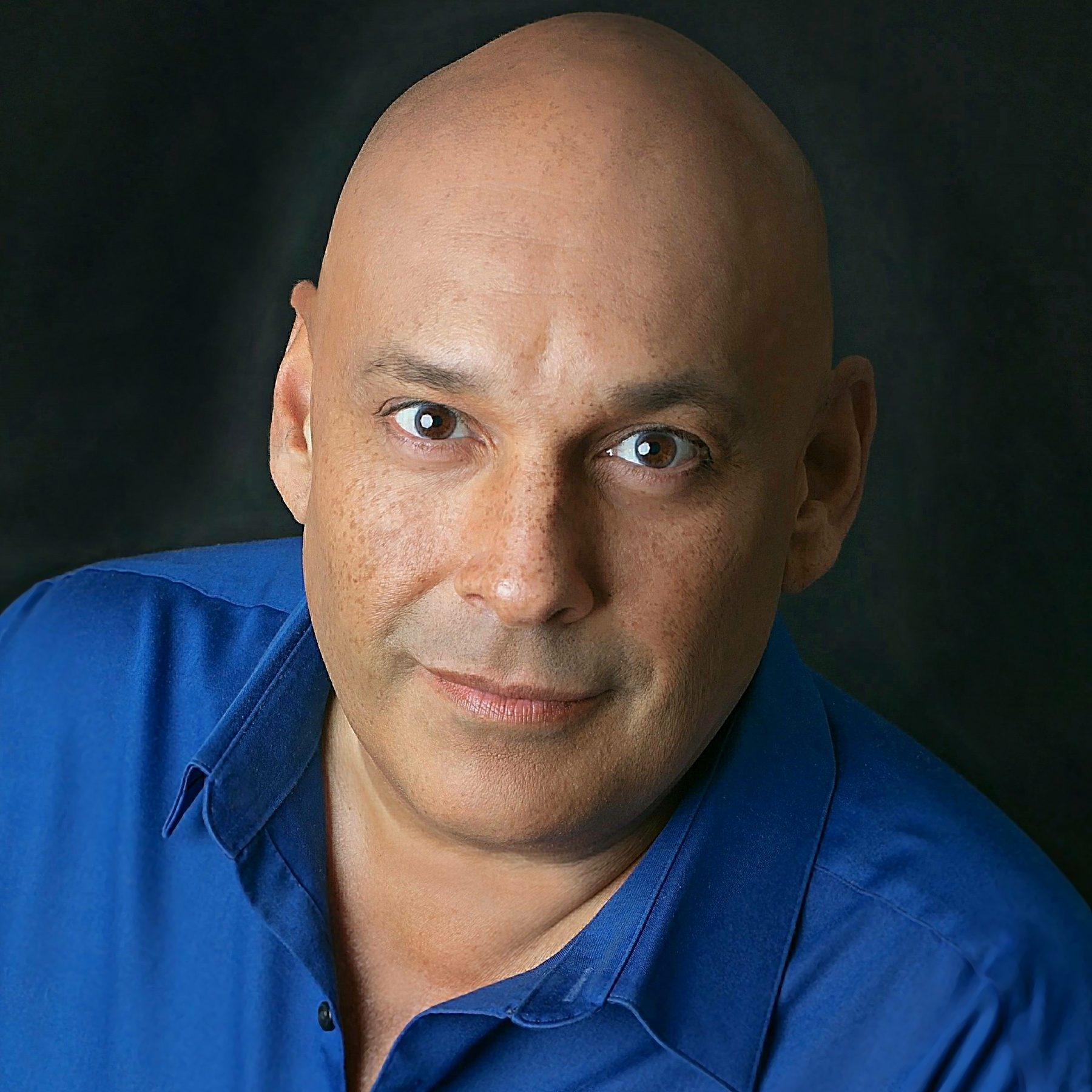 John made his SRT debut in 1991 and is thrilled to be back! SRT audiences may remember him over the years as Sancho in Man of La Mancha, Pseudolus in A Funny Thing Happened…, Greater Tuna as well as music directing many productions. John has had the pleasure to work at several regional houses including Great Lakes Theatre, Idaho Shakespeare Festival, Barn Theatre, Amarillo Opera, Ocean State Theatre, American Musical Theatre of San Jose, Hope Summer Rep. appearing in such roles as: Plankton in Spongebob Squarepants, Igor in Young Frankenstein, Madam in Pacific Overtures, Maj. General in The Pirates of Penzance, Herod in Jesus Christ Superstar, and Narrator in The Rocky Horror Show.  John’s Conducting/ Music Directing credits include Billy Elliot, Les Misérables, Sunset Boulevard, Tommy, Into the Woods and Zorba. 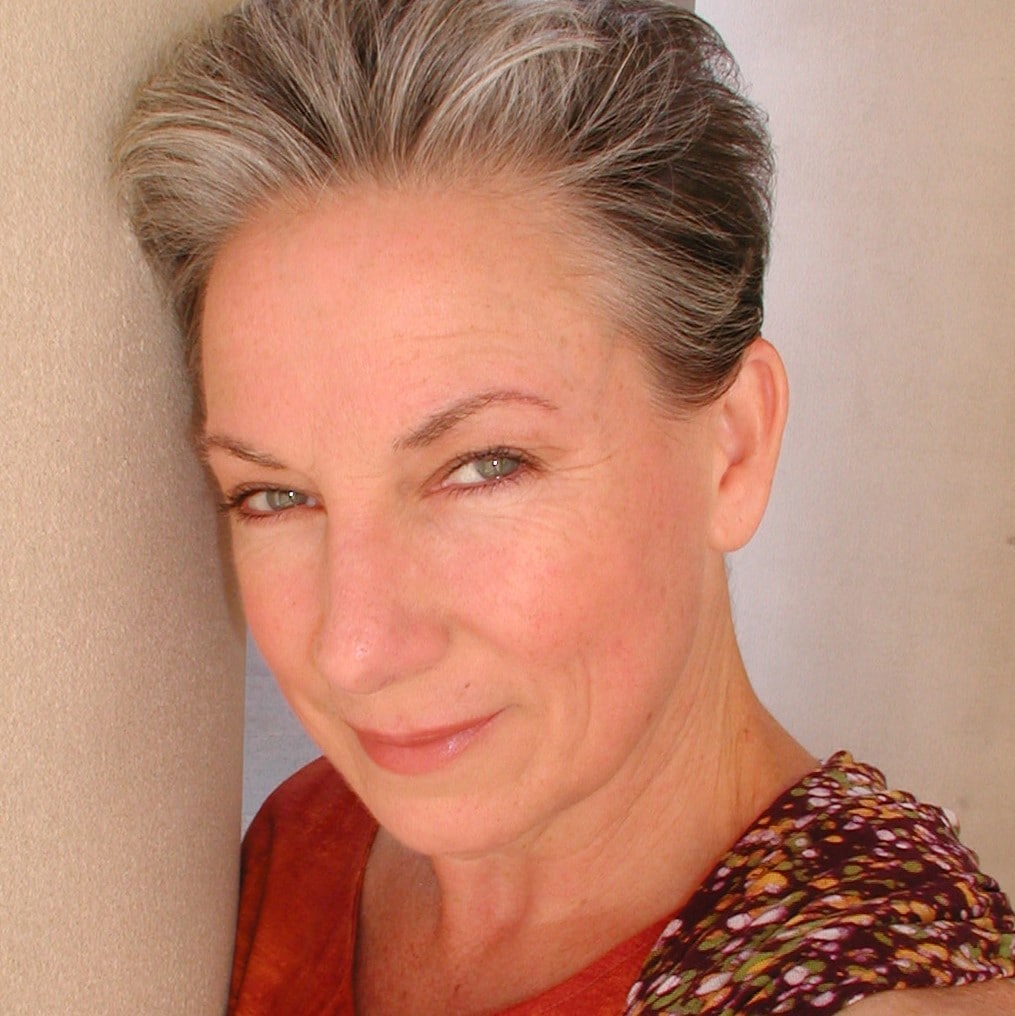 Laurie Strawn is delighted to be back at SRT! Last Fall, she was Princess Dragomiroff in Murder on the Orient Express, and as an SRT Company Member in the early 2000s, favorites include Noises Off, Picnic, Phantom, and Man of La Mancha. Regionally, favorites include Jean Louise Finch in To Kill a Mockingbird (Berkeley Playhouse), Miss Shingle in A Gentleman’s Guide to Love and Murder (Davis Shakespeare Festival), and Betty in The Foreigner (Hillbarn Theater). Laurie is a writer and performer in the Bay area and lives happily ever after with Lee Strawn, another SRT alum, and their wonderful daughter, Julia. 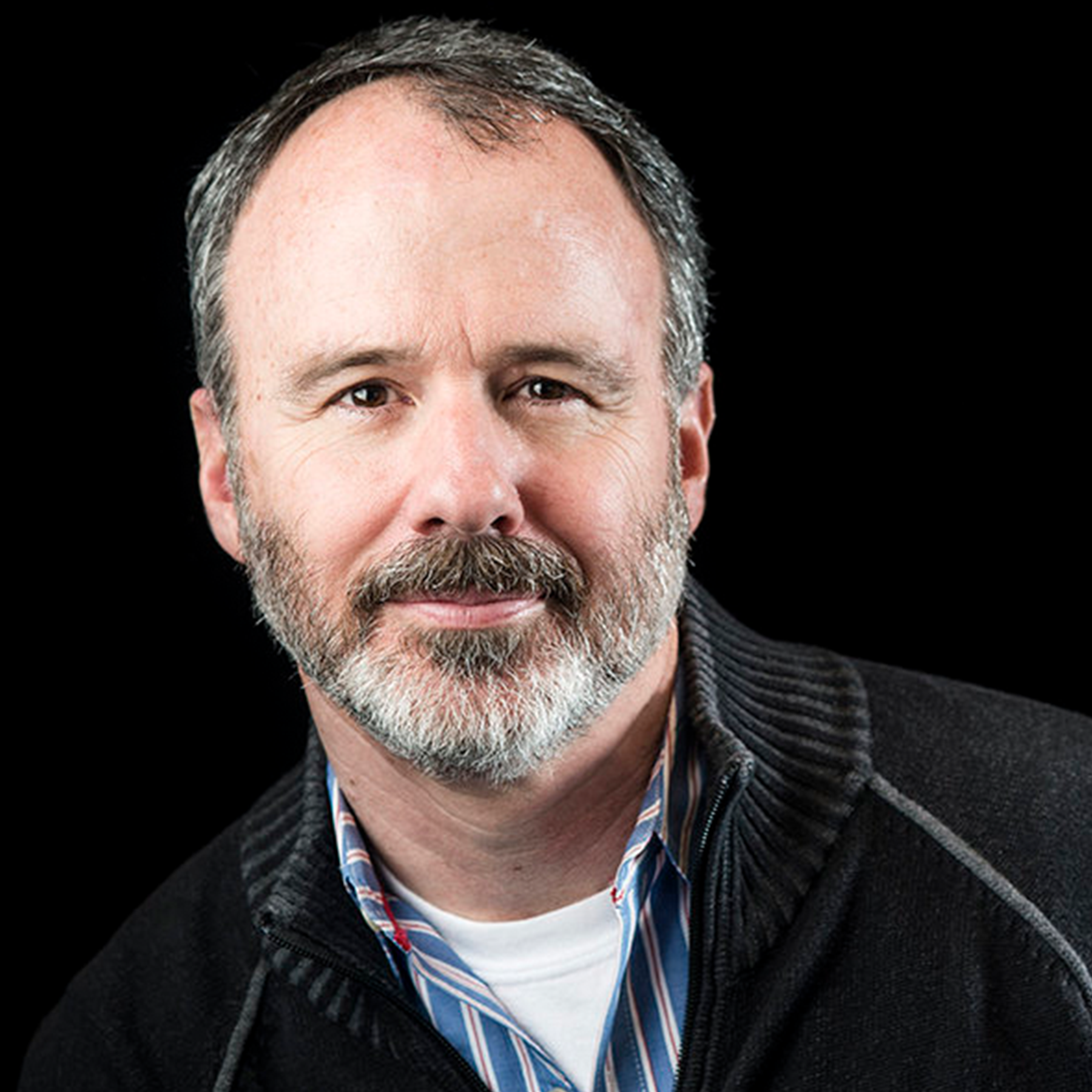 Norman Allen’s work has been commissioned and produced by the Kennedy Center, the Shakespeare Theatre Company, Signature Theatre (VA), Olney Theatre Center, Adventure Theatre, and the Karlin Music Theatre in Prague. Recent projects include Alix in Wonderland: A Gender Journey Down the Rabbit Hole for The Theatre Lab, A Lump of Coal for Christmas for Adventure Theatre-MTC, and the inter-disciplinary Once Wild: Isadora in Russia, named “a bold new work of art” by the Washington Post.

Norman received the Charles MacArthur Award for Outstanding New Play for In The Garden. His solo drama Nijinsky’s Last Dance won the Helen Hayes Award for Outstanding Play prior to productions across the U.S., Europe and South Africa. His work in musical theatre includes the concert adaptation of Sweet Adeline at Encores!, New York City Center; The Christmas Carol Rag, featuring a classic ragtime score, and Frank Wildhorn’s Carmen, which has played for more than a decade in Prague and been produced in Austria, Lithuania, South Korea, and Japan.

Norman’s essays and feature stories have appeared in The Washington Post, Boston Globe, and Houston Chronicle; in Smithsonian and Washingtonian magazines; on WAMU-FM; and on numerous blogs including OnFaith, OnBeing, Howlround, and Tin House. His work for television includes PBS documentaries on Vincent Van Gogh, Mary Cassatt, Paul Cezanne, John Singer Sargent and the Phillips Collection of Modern Art.

Norman received his Masters of Divinity from Wesley Theological Seminary in May 2018, was ordained by All Souls Church Unitarian in March 2019, and now serves as Minister to the Davies Unitarian Universalist Congregation in Camp Springs, Maryland. 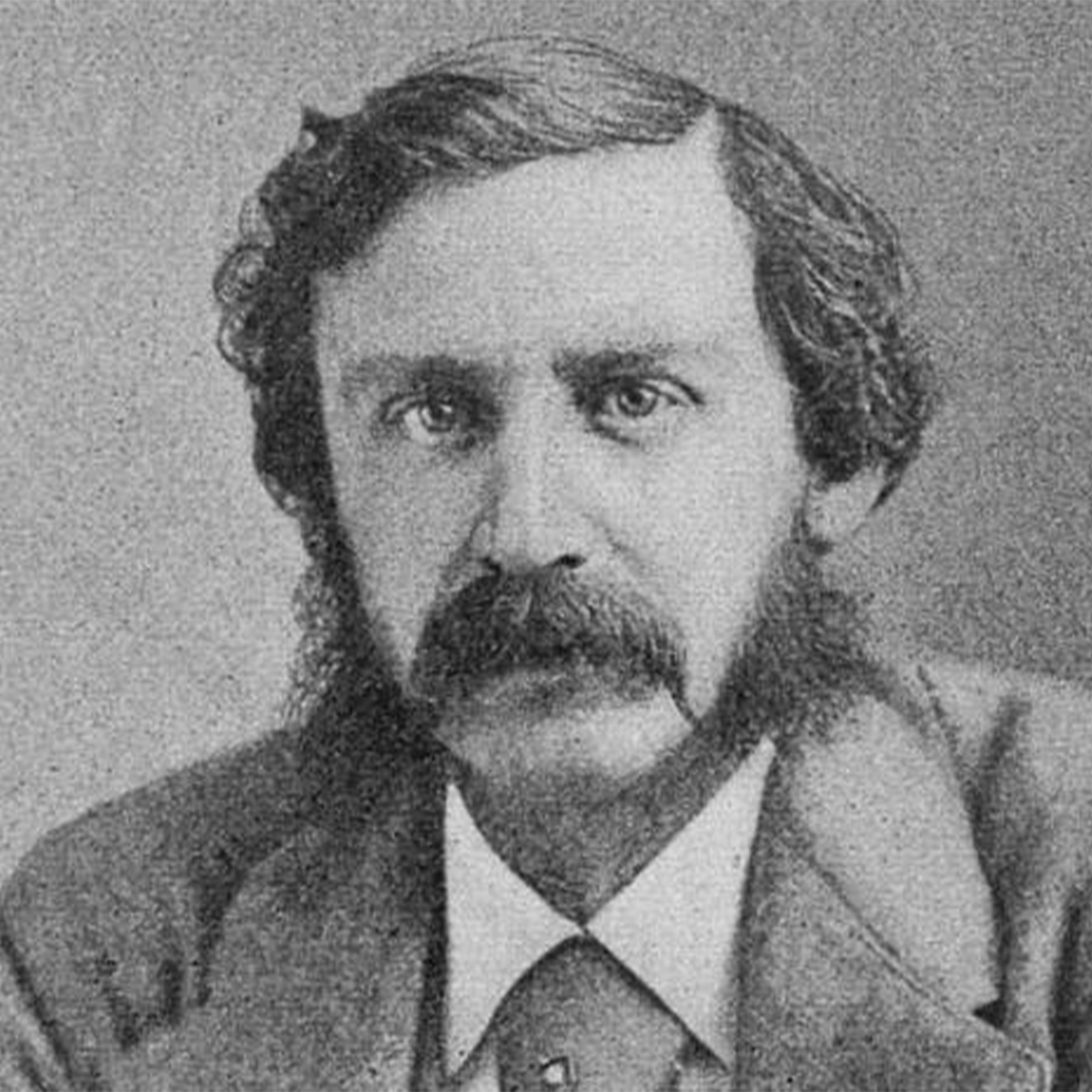 Bret Harte loved the West and its people. Bret Harte was born in Albany, New York, in 1839. His father was a professor of Greek at Albany College, and died during the boyhood of his son. Bret Harte, after a common school education, went with his mother to California at the age of seventeen. There he became a jack of all trades, but, contrary to the old saying, he became master of one – short story writing. At various times he was a teacher, miner, printer, express messenger, secretary of the San Francisco Mint, and editor.

The stir of life in San Francisco stimulated Bret Harte in the years following the gold rush of 1849. Here he found human nature in the raw. There was no veneer. The community had not yet turned aside from digging and panning, winning and losing, long enough to look to its lawless community affairs. It is as a story teller that Bret Harte painted the most thrilling pictures of that time.

Bret Harte wrote a great deal. Forty-four volumes were published by him between 1867 and 1898. He was professor in the University of California for one year. He moved to New York in 1871 and lived there until 1878. During the next two years he was United States Consul at Crefeld, Germany, and from 1880 to 1885 Consul at Glasgow. Thereafter he lived in London, engaged in literary work. Bret Harte died at Camberley, England, on May 5, 1902. 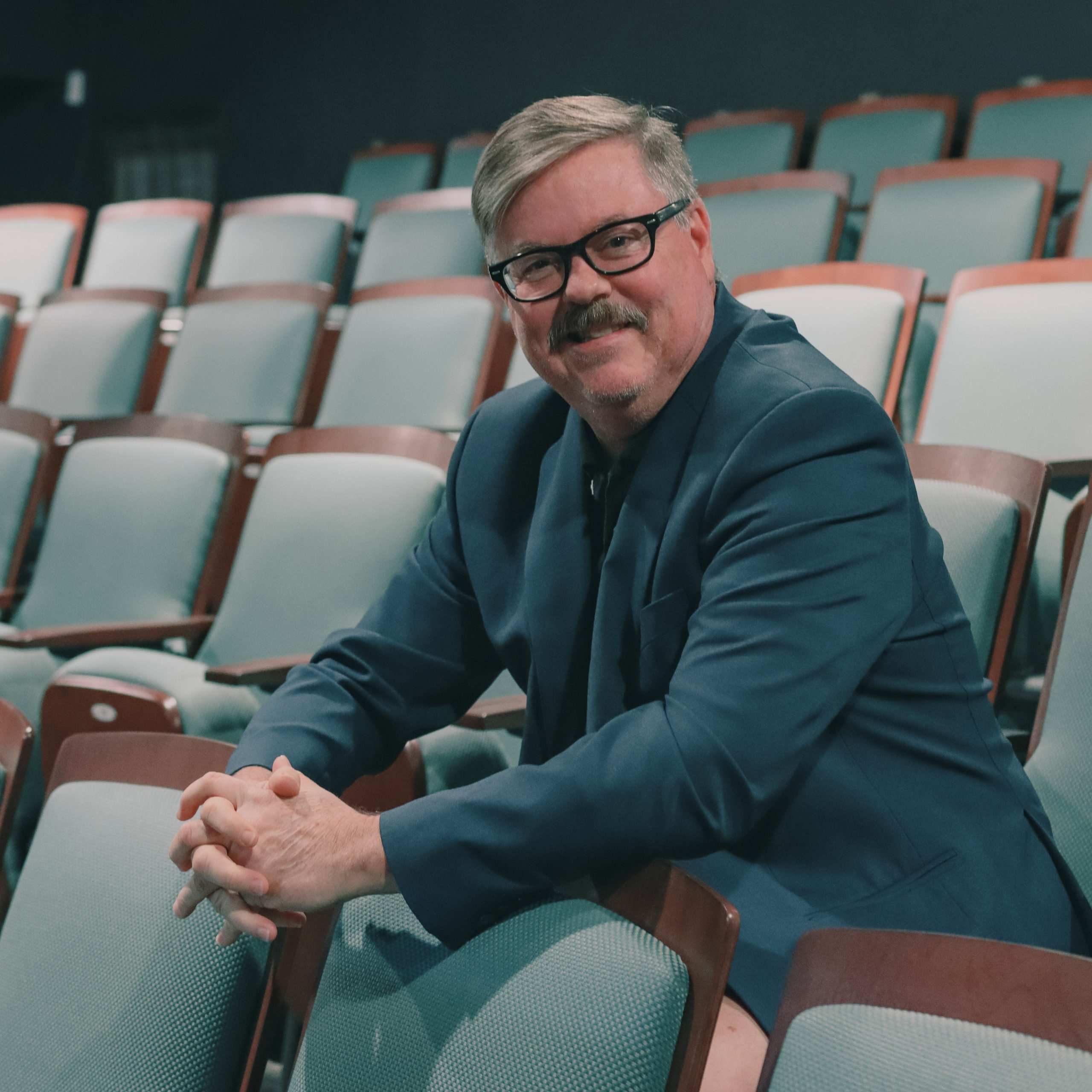 Scott Viets is the Producing Artistic Director of Sierra Rep where he has directed over 60 shows for SRT since his arrival in 2002. As a director, his SRT favorites include The Wizard of Oz, Intimate Apparel, A Midsummer Night’s Dream, A Christmas Story, All My Sons, Shipwrecked, The Robber Bridegroom, and The Glass Menagerie. Thank you for supporting live theatre and continuing (or beginning) your journey with us! 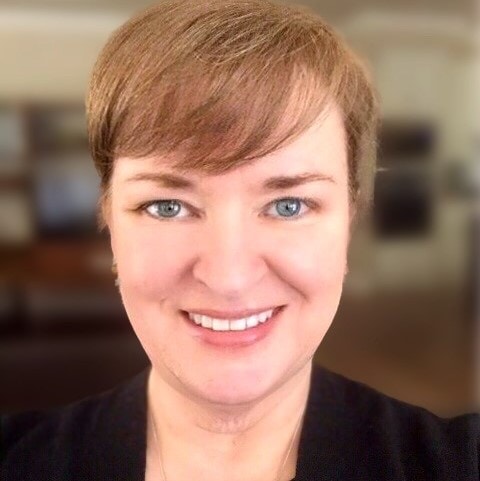 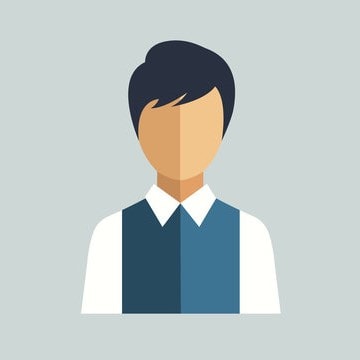 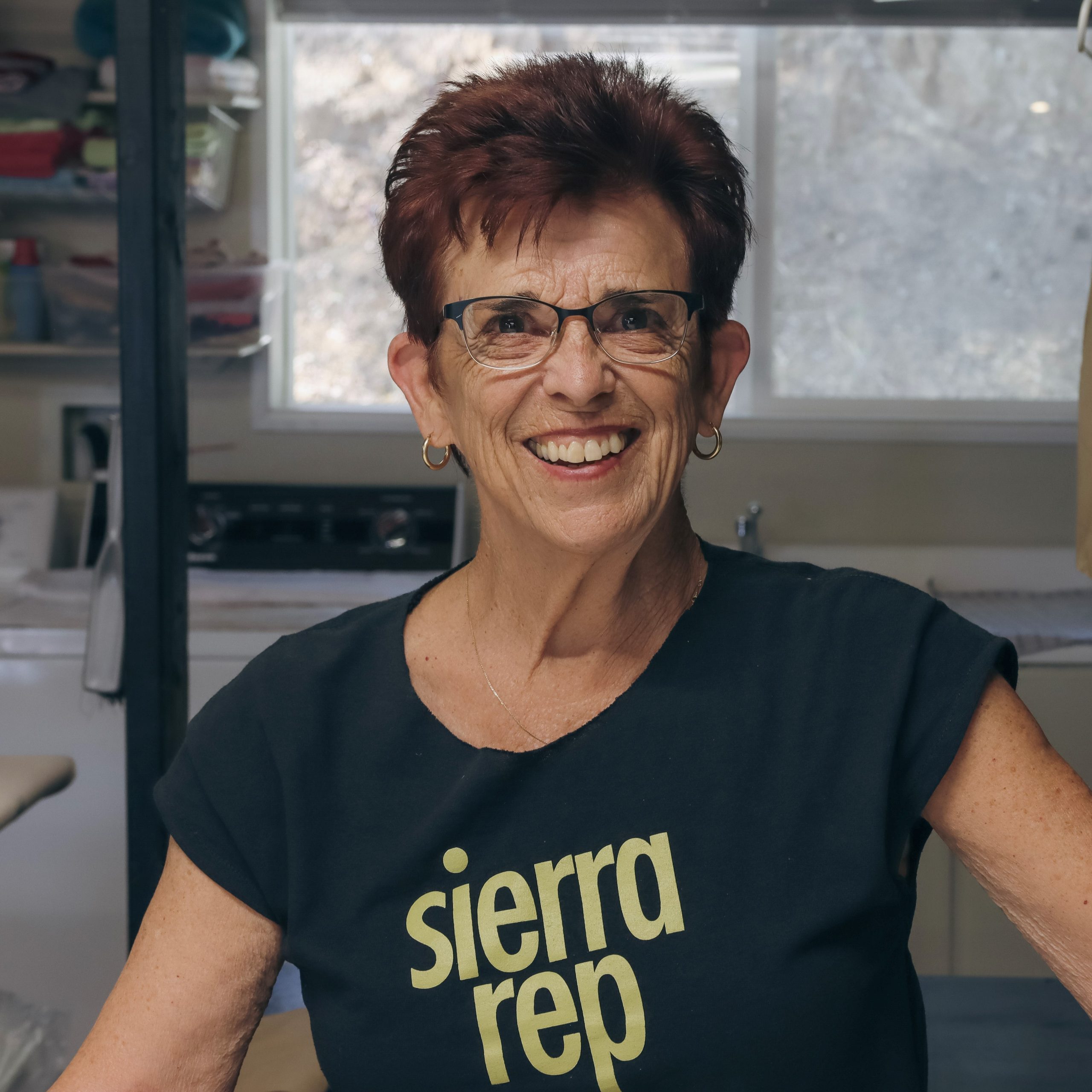 Diana has been a costume Designer in Tuolumne County for many different theaters since 1976. This is her seventh year designing and stitching for SRT. She most recently designed Meet Me in St. Louis: A Live Radio Play, Disney’s The Little Mermaid JR, Roald Dahl’s Willy Wonka KIDS, Peter Rabbit, Grease, The Wizard of Oz, Route 66, Holiday Jukebox, Intimate Apparel, Pageant, Million Dollar Quartet, The Glass Menagerie, A Christmas Story, A Columbia Christmas Carol, and Hank Williams: Lost Highway. 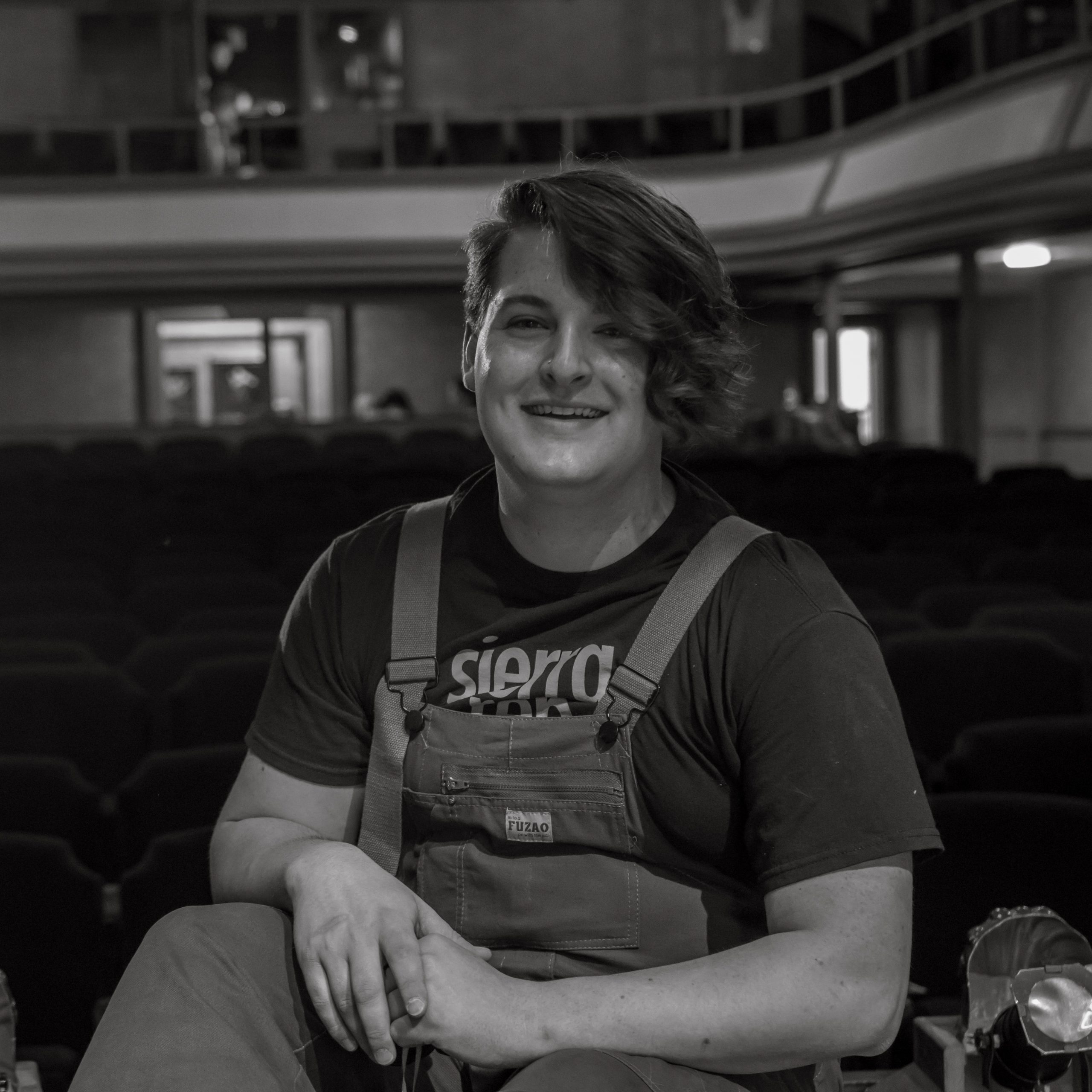 Jonnie is very excited to be joining SRT this year. Jonnie graduated from Texas State University in 2020 with a Bachelor’s in Fine Arts. They have worked professionally as an electrician at the Ground Floor Theatre in Austin, Texas, and the Connecticut Repertory Theatre in Storrs, Connecticut. Jonnie looks forward to being a Master Electrician and Designer for SRT for many shows to come. 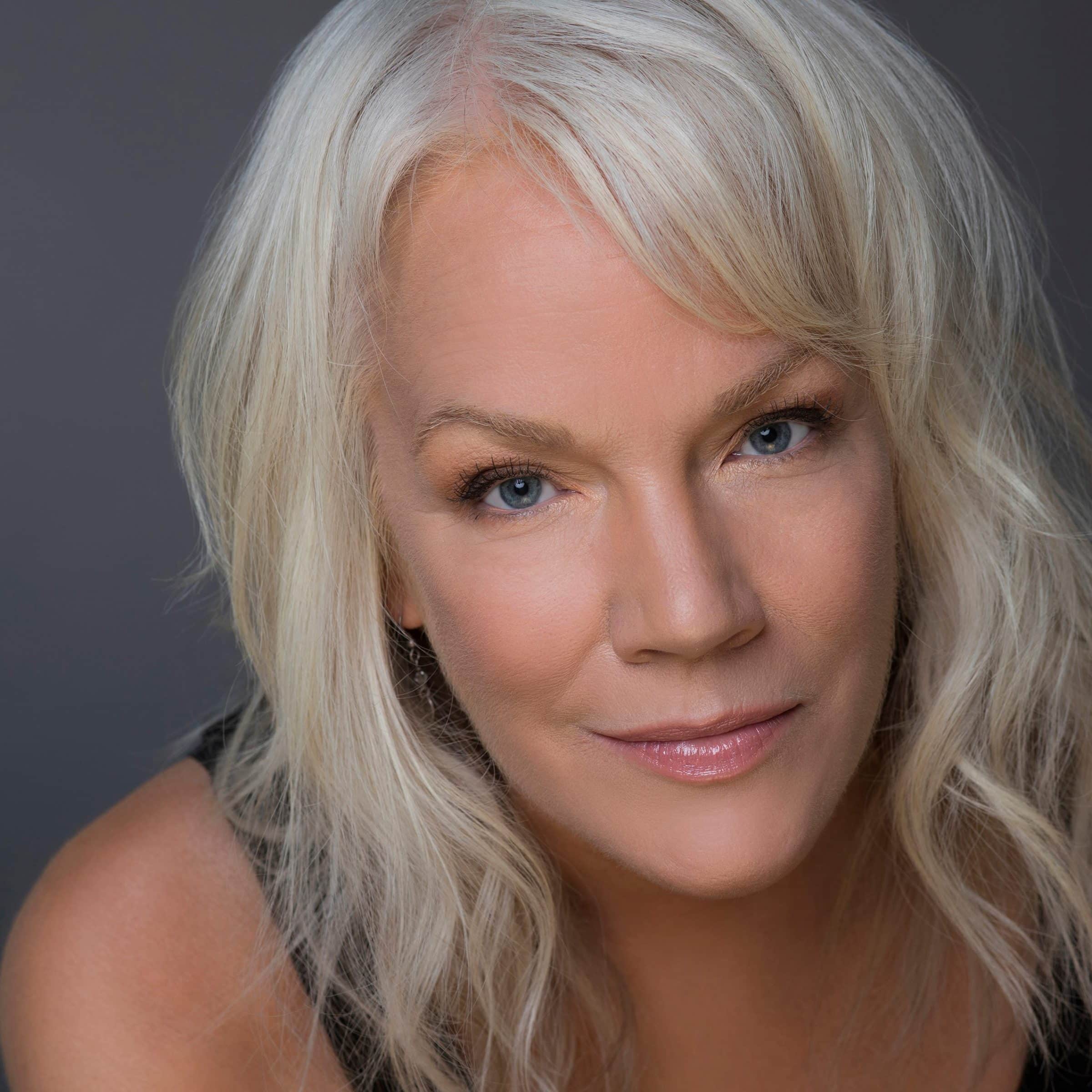 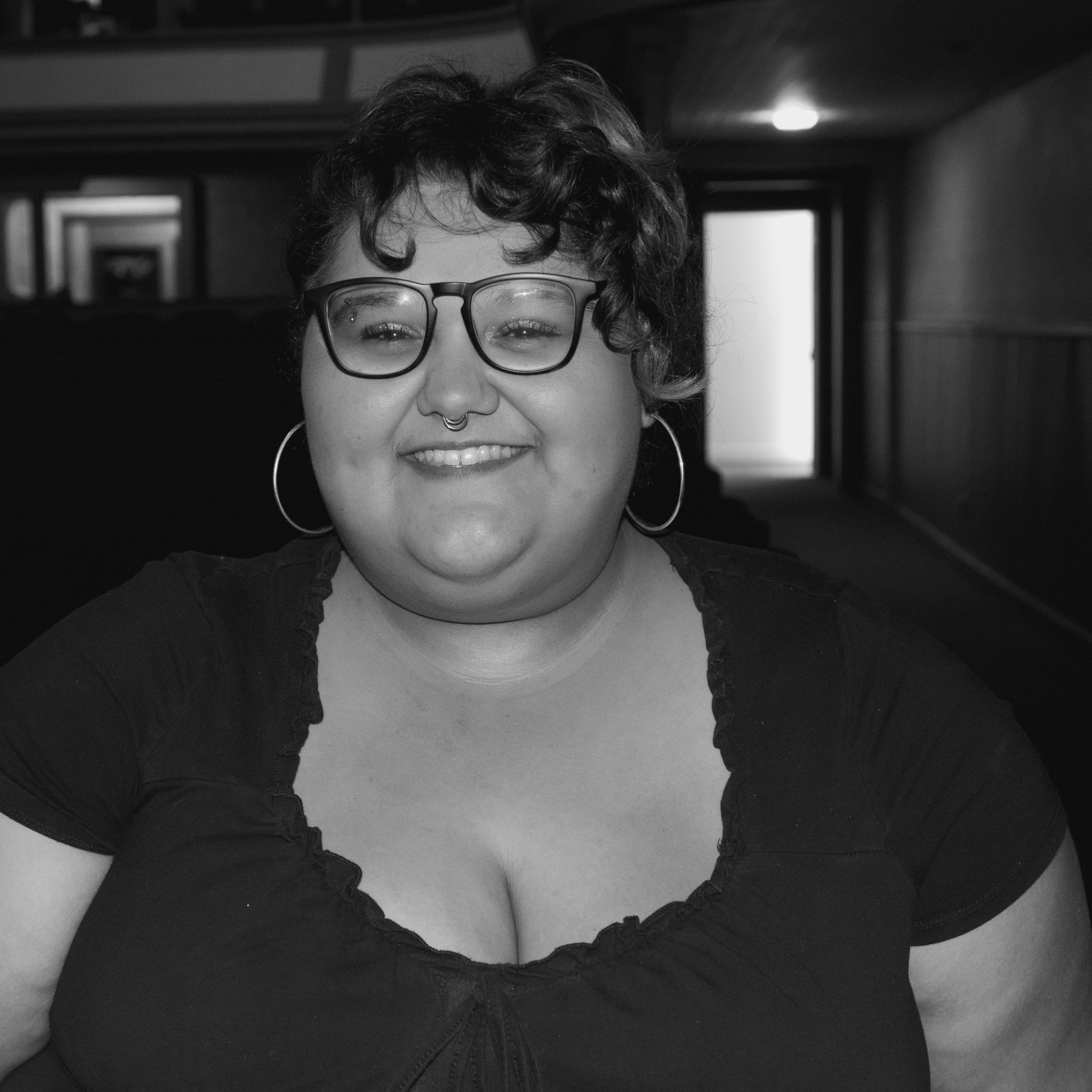 Tatiana Covington-Parra is thrilled to be diving into another season at Sierra Rep after a whirlwind 2021 return. Beginning as a sound engineer at Modesto Junior College, she is grateful to have found a community and the opportunity to grow as an artist thanks to the guidance and support of the SRT company. Her favorite design work at SRT includes Cabaret, The Wizard of Oz, and Guess Who’s Coming to Dinner. She would like to thank her Mom, Grandma, family, friends, the MJC Theatre staff, and all her mentors for always allowing her to create, explore, and grow with love. 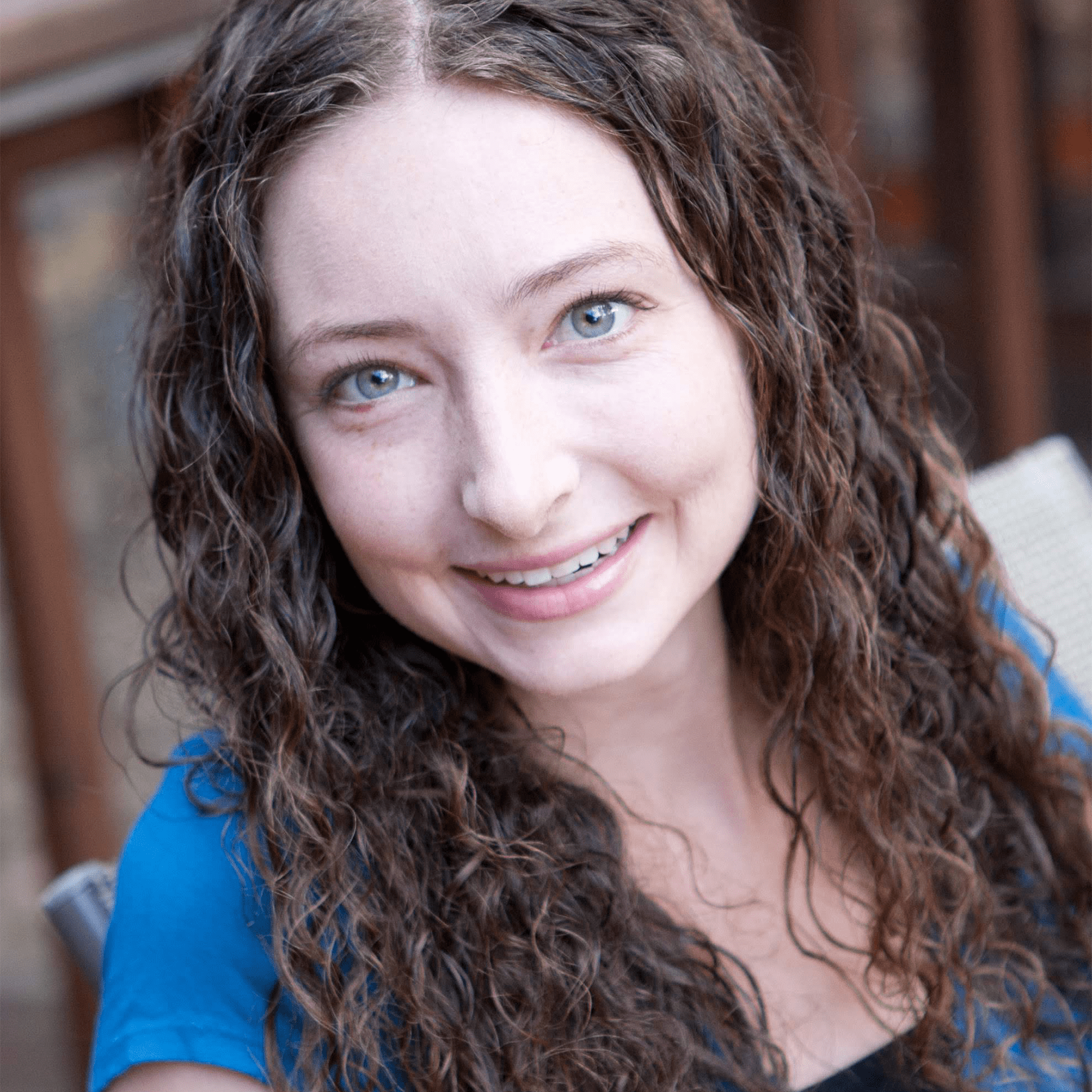 Alicia is excited to be back at SRT working on such a fun show! Her previous props credits include Man of La Mancha, Noises Off, and Cyrano. Alicia has a degree in Theater Arts from Azusa Pacific University, where she was Prop Master for the Theater Department. She would like to thank Jerry for the opportunity to do what she loves, and her husband Kyle and kids Finnegan and Daisy for their love and support.

Joanna is pleased to be back with SRT both in a new role as Company Manger and to stage mange her 4th production The Christmas Foundling. Other shows as stage manager for SRT include Joesph and the Amazing Technicolor Dreamcoat, State Fair, Camelot, The Full Monty, Charley’s Aunt, Arsenic and Old Lace, and Oklahoma!  Previously she has Stage managed The School for Lies, Shakespeare in Love, Pericles and Waiting for Godot with Pacific Repertory Theatre and On the Waterfront and The Threepenny Opera with San Jose Stage. Joanna also holds a degree in Lighting Design from Boston University and has designed several productions for SRT.